Love Addiction – the chemistry behind love and passion 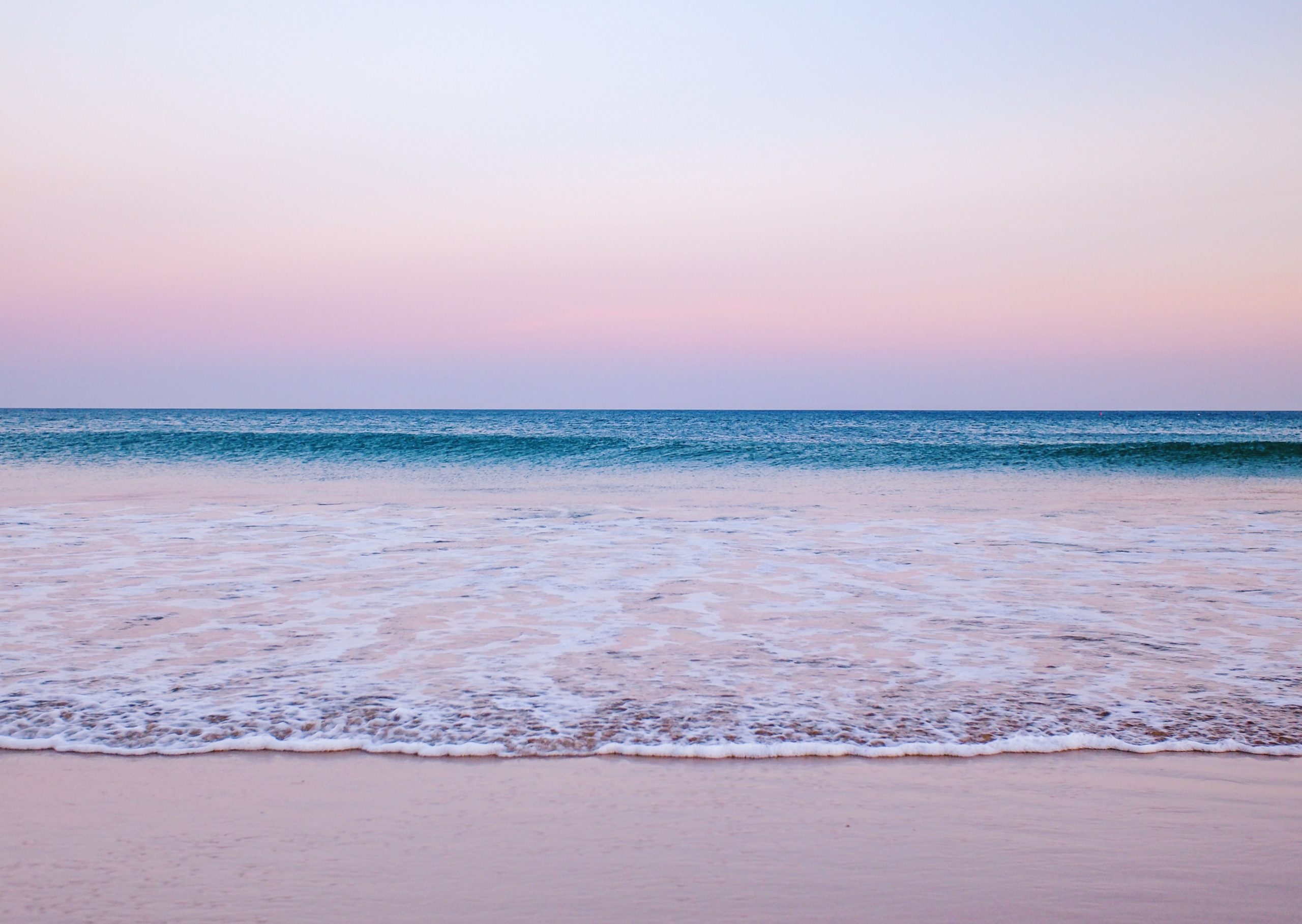 Neuroscience has been more and more interested in the chemistry behind the feeling of love in an attempt to understand why we fall in love.

Why would someone jump on a plane to go and see a stranger on the other side of the planet? Sudden change of plans, hasty decisions, impulsivity… How come this feeling of love can influence our thoughts and actions, what we want, what we do, who we are and therefore completely change our life?

Neuroscientists believe that basic emotions arise from distinct circuits of neural activity. Among these primary neural systems, the anthropologist Helen Fisher identified three interrelated emotion–motivation systems in the mammalian brain for mating, reproduction, and parenting: Lust, Attraction and Attachment. Helen Fischer underlines that they are not only associated with different neurotransmitters and hormones but also with different behaviours.

The sex drive is characterized by a craving for sexual gratiﬁcation. It is associated primarily with the estrogens and androgens, mainly testosterone. The sex drive evolved principally to motivate individuals to seek sexual union with another member of the species.

The attraction system is characterized by increased energy and focused attention on one mating partner. In humans, the attraction is also characterized by feelings of exhilaration, “intrusive thinking” about the love object, and a craving for emotional union with a partner. This affective state is primarily associated with elevated levels of dopamine and norepinephrine and decreased levels of serotonin. The constellation of neural circuits associated with attraction evolved to motivate individuals to select among suitors and focus their courtship attention on one specific partner, in order to create the necessary conditions for reproduction to happen.

The adult male–female attachment system, as deﬁned by ethologists, is characterized in birds and mammals by mutual territory defense, nest building, mutual feeding and grooming, the maintenance of close proximity, separation anxiety and shared parental chores. In humans, adult male–female attachment is also characterized by feelings of calm, security, social comfort, and emotional union. The neural circuitry of this brain system has been associated primarily with the neuropeptides, oxytocin and vasopressin. The neural circuitry for adult male–female attachment evolved primarily to motivate individuals to sustain connections long enough to complete parental duties and make sure their offspring survive, and therefore our species.

It is fair to say that love is a result of this hormonal cocktail, at least partly.

Desire is linked to an increased rate of dopamine. After the first sensations of pleasure (touch and kisses), testosterone and luliberin are secreted, which amplifies the effect of dopamine. The orgasm then causes a massive release of endorphins that leads to an intense feeling of wellbeing and relaxation. The brain also produces oxytocin, known as the “love hormone”, which creates a bond between partners. This explains why we sometimes get attached to someone after a sexual intercourse. The more we have sex with someone, the more we get attached to them.

Some psychologists regard romantic attraction as an addiction because it shows the same characteristics such as the lover’s intensely focused attention on one individual, mood swings, craving, obsession, compulsion, distortion of reality, emotional dependence, personality changes, risk-taking, and loss of self-control.

Individuals experience intense psychophysiological responses, including exhilaration, euphoria, increased energy, sleeplessness, loss of appetite, trembling, a pounding heart, and accelerated breathing. Many also report feeling anxiety, panic and fear in the presence of the beloved. They are subject to abrupt mood swings as well. If the relationship suffers a setback, the attracted individual may feel feelings of despair.

Increased concentrations of dopamine in the brain are associated with euphoria, loss of appetite, hyperactivity, increased mental activity, a delay of the onset of fatigue, and a decreased need for sleep, as well as with anxiety, panic, and fearlike state. Hence, elevated levels of dopamine are a likely agent for the ecstacy, increased energy, sleeplessness, reduced appetite, fear, and anxiety associated with romantic attraction.

When comparing brain scans of people in love and people on drugs, scientific studies have revealed that an intense romantic attraction activates the same brain regions as drugs do, namely those with high concentrations of receptor sites for dopamine, norepinephrine, and serotonin.

Data suggest that dopamine plays an important role in the feeling of romantic attraction. Amphetamines and cocaine elevate concentrations of dopamine in the brain and these drugs produce the same exhilaration, excessive energy, sleeplessness, and loss of appetite that are characteristic of individuals who report being “in love.”

In Romantic Attraction, individuals think about the beloved obsessively. Intrusive thinking is a form of obsessive behavior and serotonin-reuptake inhibitors are currently the agents of choice in treating most forms of obsessive–compulsive disorder. According to Helen Fisher, these parallels suggest that decreased levels of central serotonin contribute to the intrusive thinking associated with romantic attraction.

Individuals reporting feelings of romantic attraction regularly exhibit signs of emotional dependency on the relationship, including possessiveness, jealousy, fear of rejection, and separation anxiety. They experience longing for emotional union with the beloved. They feel a powerful sense of empathy toward the beloved and a willingness to sacriﬁce their own needs. They tend to reorder their daily priorities and change their clothing, mannerisms, habits, or values to become available to the beloved person.

Therefore, people under the influence of love sometimes don’t act like themselves, almost like they’re “possessed”. Waiting for a call, a message, any kind of news, places us in the position of an addict waiting for a dose. Love becomes an addiction when the person in need is ready to do anything to feel this sensation of euphoria again. More than an addiction to love, it really is an addiction to dopamine.

Also, a decline in sexual desire is a sign of habituation that partly explains cheating and unfaithfulness as a means to experience another shoot of dopamine.

Addictions use the same neural pathways as love. Our body is programmed for pleasure. Our reward system pushes us to seek what brings us pleasure: food, sex… Love and drugs use the same brain circuit sometimes to a point where our craving becomes unbearable. According to Dr. Michel Reynaud, psychiatrist at Paul Brousse Hospital in Villejuif, when great pleasure is experienced the brain is overwhelmed by dopamine. Dopamine is associated with the desire to act, create, love, have sex, discover, explore and go always further… Addiction is the result of a strong and repeated stimulation of the dopamine circuit.

When a breakup occurs, this circuit is no longer stimulated and collapse, sometimes brutally, causing a person to feel intense withdrawal symptoms, cravings, tensions, anxiety and a feeling of sadness and despair.

Depending on our childhood, our education, our environment, our hormonal health, our past traumas, we all have different predispositions to addiction. A chaotic childhood or youth can dysregulate the nervous system. If we were confronted with extreme situations at a young age, we experienced a strong biological stress-response and massive hormonal variations then and are more likely to seek extreme experiences in order to feel those high sensations we got used to.

A holistic and mindbody therapy can help regulate the nervous system, soothe inner wounds and release trauma from the body, in order to find a mental, emotional and physical balance.